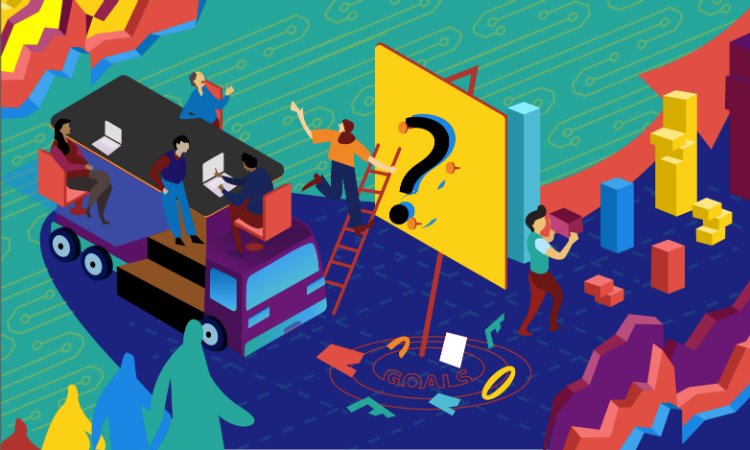 People Analytics is a general term for various measures that improve employee satisfaction by making better personnel decisions by utilizing all employee-related data and thereby promoting the improvement of management effects.

According to PwC survey results as of 2017, 79% of HR professionals said they were interested in People Analytics, but felt that it was still “important but not urgent”, “did not know where to start”, “I am unsure of its value” and “I’m trying various things, but I’m struggling.”

Keeping these opinions in mind, I would like to discuss the following two points in the first and second parts in promoting People Analytics within the organization.

In addition, I address a fundamental issue, “How to make People Analytics a useful weapon for management and the field” in areas such as business development, corporate planning, and marketing at companies drawing from my previous experiences at BCG (Boston Consulting Group), Recruit, and Google. We will also consider reflections and learning when using analytics in areas other than human resources in this article.

Points to consider when overcoming technical and awareness issues

In the first part, we considered the factors that made it challenging to promote People Analytics and the measures to overcome it. To summarize, “People Analytics should be regarded as an infrastructure for maximizing the utilization of human resources, and from the perspective of risk management, upfront investment in personnel and systems should be made”, but I would like to reiterate the points to keep in mind…

a. Involve related parties from the beginning

As described in Part 1, the end-goals of People Analytics promotion are “whether it was useful for management and the field in a company” and “whether the quality of decision-making has been improved”. To that end, it is indispensable for personnel, management, and the field to overcome conflicts of interest and promote People Analytics together as a group. Therefore, when forming a PA team, it is recommended to involve an influencer (project sponsor = executive class is desirable) who actively promotes the efforts to the entire organization, experts who are familiar with the business process of human resources, IT departments (for overall optimization of business design accompanying the introduction of HR system), and field managers who can take the lead in providing and executing insights, in addition to the role of an analyst (data analyst).

This is an important division of roles not only from the perspective of the division of duties but also in terms of discovering useful insights and ensuring their effectiveness. There is a saying, “Data is the reality, but not the truth”, but when one sees a cup that is half-filled, one may say that it is “half full,” while another may say it is “half empty.” People have different interpretations of the same event, and even for the same person, the interpretation may change depending on the person’s condition, such as on an empty stomach and on a full stomach. In short, it is important that multiple stakeholders are involved in driving the decision-making process.

Let’s replace this with the HR context.

Suppose an Analyst suggested, “The turnover rate of new business divisions has risen to 15%. A few years ago, we were able to raise the basic salary and stop it, so let’s raise it, in the same way, this time!” However, information from the field, as well as voices from some personnel, suggested, “Most of the high turnover rate this time is in Indonesia, but 15% is rather low at the local level”, “It is a temporary reaction due to business conversions, and it should be evaluated in light of the performance data several months ahead. “I raised the basic salary several times this year, but all the employees with poor grades stayed in, and the productivity of the base deteriorated.” Which decision should be prioritized in this case?

Of course, we cannot say that useful insights were taken into account by overlooking the voices of managers. Since data only supports management and on-site decision-making (* 4), usefulness for the ultimate beneficiary should be given top priority rather than making full use of modeling and analysis methods. In order to gain the truth (insight) that is occurring in the field in real-time and accurately, it is indispensable to reach out to and involve the field.

* 4: Overconfidence and misuse of data may distort not only the facts but also the will of the people. In recent years, AI and machine learning have begun to emerge in the field of human resources. The harmful effects of unnecessarily adopting the conclusions drawn by these in business processes and decision-making will be discussed in a later article.

In order to promote People Analytics, it is necessary to have a concrete awareness of the issues and set goals that indicate “success”. Problem awareness and indicators themselves evolve and change depending on the situation, so it is not necessary to spend more time planning and designing than necessary, and hypotheses are sufficient.

For example, I hear people say, “I tried to imitate it because the people around me started doing it, but I’m not sure if there was any improvement,” such as the peer bonus system and 1on1. These personnel measures should be a means to overcome the problem awareness that exists first. Engagement surveys can also be divided into universal basic items for fixed-point observation and items that can be replaced flexibly according to the actual conditions of the organization, so the process of “what, when, and why” is the most valuable. If we overlook such a context and do not apply what we have learned from the process by only imitating it at the surface level, it will not lead to results and end up being a waste of time and resources.

c. Aim for a small start and quick win

A “Quick Win” is what I want to consciously design according to this idea. As with any genre of measures, not just human resources, projects that take time for the effects to appear, if it is not possible to clearly visualize the steady progress, may cause motivation and lower expectations.

For example, “ We found that increasing the number of interviews would saturate the quality of hiring, so we reduced the average of 7 interviews to 4 and reduced the interviewing hours of interviewers by more than 40%.” If the impact can be directly linked to profits and productivity appears as an easy-to-understand effect, then that’s great. “Engagement surveys have identified 23 sub-items that reduce employee satisfaction but implemented three highly useful improvements only for two items, which are expected to show results within a year”. This is a good example of a Quick Win.

To reiterate, victory = success in data analysis is “whether it was useful for the management or the field” and “whether the quality of decision making has improved”, that is, ” Existing inefficient operations and irrational practices have been corrected to be more valuable”.

As an upside to promoting People Analytics with a small start, some opinions from renowned experts include, “the more you can visualize, the more you can understand what you do not know”, “being aware of inputting data properly so that it can be used for analysis later” and “being able to objectively evaluate the state of your organization with a simple comparison, and realizing how biased you were in the past ”.

The accumulation of these small attitude changes will eventually lead to major behavioral changes. By all means, I hope that more companies will start working on People Analytics, keeping in mind the “points to overcome challenges”.

Interested in a further discussion on how People Analytics and Relational Analytics can help you drive an improved employee and business outcomes? Book a 30-minute discovery call with our Panalyt co-founders to learn more! 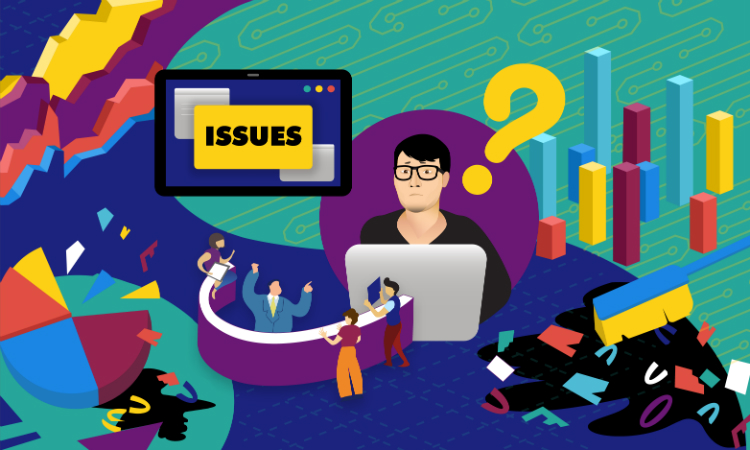 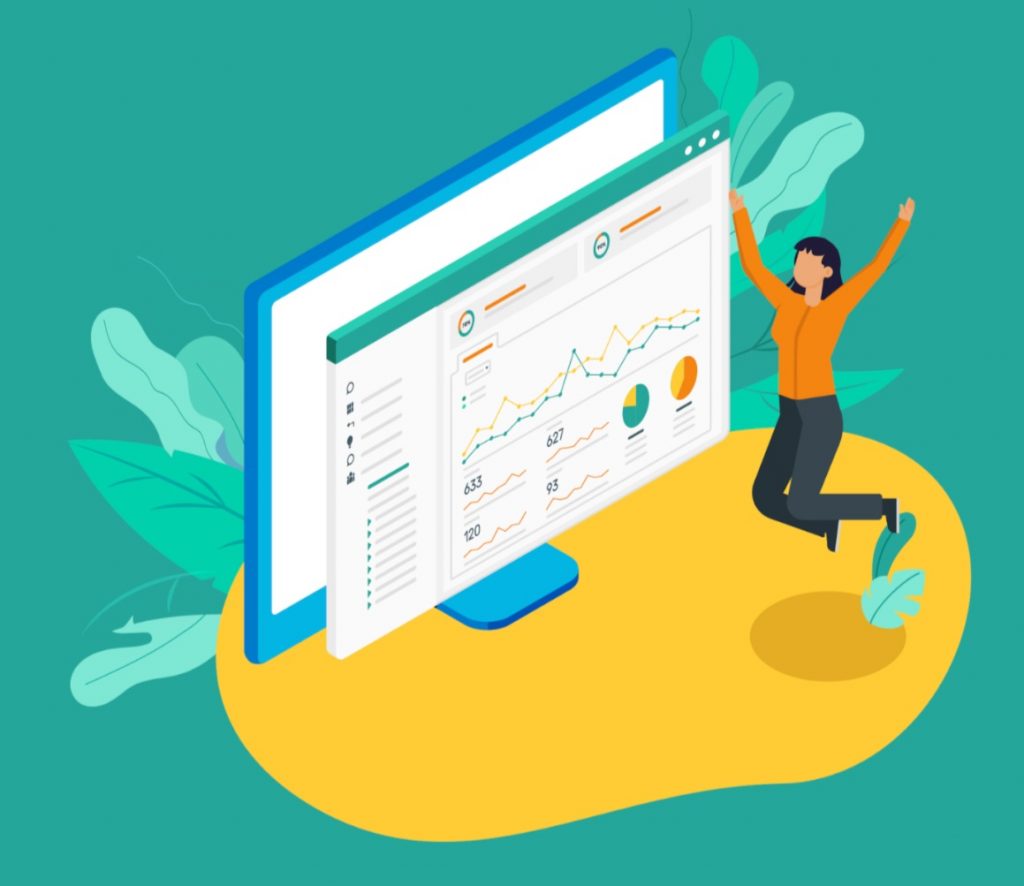 Request an overview of the Panalyt product, or book a live demo with one of our team. 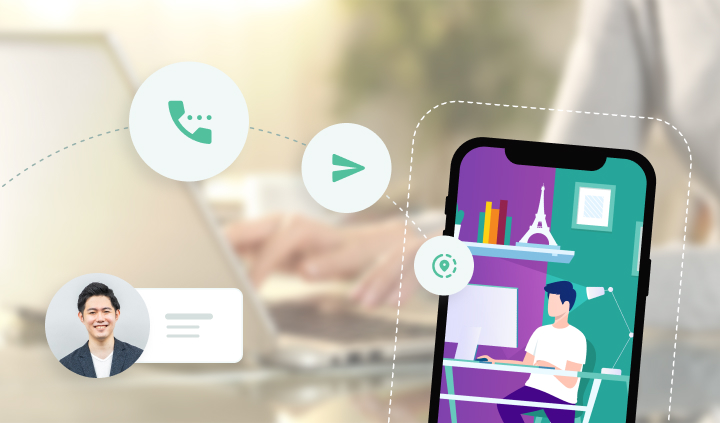